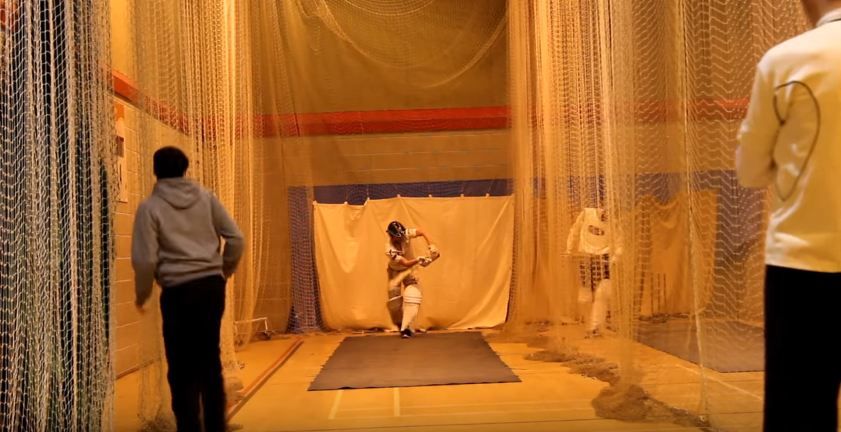 There’s cricket and then there’s indoor cricket. If you haven’t heard of this game, then we’re on the same boat because before I heard of a nearby indoor cricket center in our area, I would never have thought of or considered playing this game.

My Experience With Indoor Cricket

Being a newbie to the game, my friends had to explain the mechanics to me twice. I was vaguely familiar with outdoor cricket but I just realized that the two are very different except that the inside pitch has the same size as the outdoor cricket’s version.

Anyway, I was first introduced to this indoor cricket center near our place and it already made a good impression on me because it was definitely a lot easier to play games in a more controlled environment. I didn’t have to tire myself out as I usually would if we were playing outdoors. However, I would still advise everyone to do some conditioning exercises before you play as you would be moving your limbs more often.

5 Reasons Why You Would Love Indoor Cricket Too

Even if it was just my first time, I immediately enjoyed indoor cricket. It was such a fun game and the fact that it was held indoors made it a lot easier for me to play, too. Here are a few things I loved about it and might also convince you to go to the nearest indoor cricket stadium.

It boosts your metabolism.

For someone who doesn’t know anything about cricket, playing indoor cricket didn’t make me feel nervous at all. This is because it doesn’t matter if you’re a first-timer or if you’re a veteran playing cricket. Everyone’s on equal footing when the game starts.

All the running and the stretching has definitely helped me boost my stamina even just for a while. It’s a great sport that doesn’t push your muscles to the limit, yet it pushes you to endure the running for over an hour. If you keep playing indoor cricket for a month, you will surely notice the results. I might even try this myself with my friends.

It’s in a controlled environment.

One of the things I loved about indoor cricket is the fact that it’s indoors. Having an indoor sports arena is very convenient because you don’t have to worry about the sun and the rain. It’s a lot safer for people who have sensitive skin. Besides, artificial fields are almost always better kept than outdoor ones because the former is a lot easier to maintain.

It teaches you cooperation.

Unlike other sports, cricket requires you to be in teams of six or eight. Unless you have a lot of friends and cousins, you won’t have to invite strangers to join your game. But in this case, my friends and I needed another group of people so we were “forced” to meet new people in the neighborhood. This turns out to be a good thing because you learn cooperation and communication with people you aren’t close to.

It doesn’t push you to your limits.

Ironically, even if you have to run around and work your muscles all throughout the day, it’s nothing like outdoor cricket where you have to run across the hundred yards. You won’t also have to put as hard because you’re only in a smaller playing field. For those who aren’t used to sports, this is a great activity to try because it’s not going to be too exhausting.

So if you feel that indoor cricket seems like a good idea, why not try it out? Click here to know more about it.

View all posts by: Misty Keedy